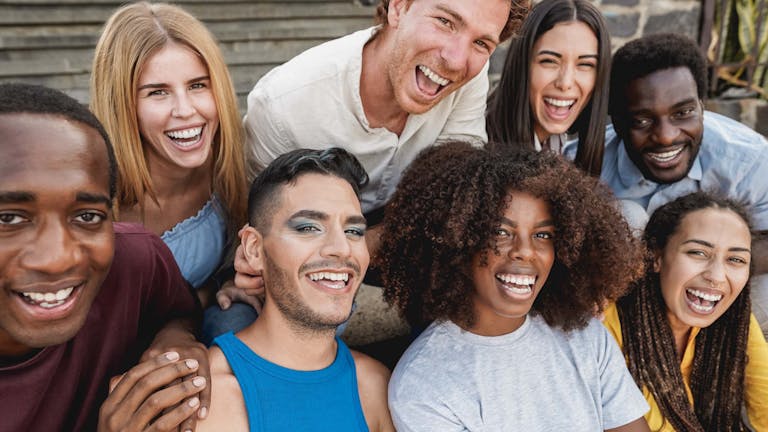 As topics of gender/racial identity become more forefront and center in an increasingly diverse world, market researchers should take more time to ensure that respondents in their surveys feel included in their demographic questions. As most of us know, capturing the demographic makeup of your data is critical in ensuring that your survey is accurately reflecting the population you are trying to study. To do this, it is typical to ask key demographic questions at the beginning of the survey to fill quotas and ensure you are collecting the appropriate demographic makeup your survey.

Traditionally, the “gold standard” for getting the targets for your demographics comes from sources such as the United States Census Bureau, which has an abundance of publicly accessible demographic information from the various surveys they conduct. Because the Census is only done every 10 years, there are various supplemental surveys conducted such as the American Community Survey (ACS), which Big Village typically uses to build representative demographic targets.

Recently, there have been discussions around the questions and methodology used by the Census and the entire marketing research world with how they approach sensitive topics such as gender. Regarding gender, it has been traditionally asked in a traditional binary, male/female split. To many people who may identify as transexual, non-binary, or are gender fluid, a binary gender question is non-inclusive and can be very hard to answer accurately. Non-inclusive questioning can lead to troubling outcomes, such as respondents not answering questions or even worse, leaving the survey entirely. Over the last year, the Census and many research companies have been reworking their questions to be more inclusive around topics like this to serve and count these communities. Extensive work has been done in the last few years. Notably, Williams Institute of UCLA’s School of Law released a major study on this topic estimating this population to be approximately 0.5% of US adults. This number may increase in the future as people come to understand these topics better and younger generations begin to identify with more nuanced gender identities at a higher rate than older generations. Therefore, increasing the importance of refining the way we approach demographic questions such as gender.

In accordance with Big Village’s commitment to diversity and inclusion we have reexamined how we ask some of our key demographic questions.

While Big Village had already started to incorporate updated terminology for gender identity, recent research has provided further improvements to make the question more clear and explicitly inclusive of the different nuances of non-conforming gender identities. The gender non-confirming options have been expanded to include the various gender identities as well as an open-ended option to allow respondents to answer as accurately as possible. Big Village’s improved gender identity question is listed below:

How do you identify? [Select one answer]

01 Male
02 Female
03 Non-Gender Conforming – (including nonbinary, pangender, gender fluid, bigender, agender, transgender or other)
04 Prefer to self identify _________
05 Prefer not to identify

Alongside gender, we reexamined the way that race/ethnicity was being asked to expand the options that respondents were able to select to a more granular level than previously allowed. Likewise, Hispanic ethnicity has been folded into the same question as race whereas, traditionally, the two were asked separately. This methodology allows those who do not identify with a specific racial identity to feel comfortable simply selecting Hispanic and not being forced to select a separate racial identity. Finally, the way of incorporating multi-racial ethnic backgrounds has been updated. Formerly the question was a single, all-encompassing punch. The revised approach allows multiple races and ethnicities to be selected, enabling respondents to select their specific racial identities. Big Village’s improved race/ethnicity question is listed below:

What race do you consider yourself? [Select as many as apply]

Big Village firmly believes in the importance of making our research and surveys as diverse and inclusive as possible to accurately reflect the increasing diversity of the United States. It is our belief that by doing so we can ensure the data we collect is of the highest quality and reflect the world as it is. Remaining vigilant and dynamic in how you approach asking sensitive topics is of increasing importance to the marketing research industry.

Curious to Learn More About Big Village Capabilities? Contact Us!

Big Village is a global advertising, technology, and data company. Driven by our diverse group of experts, we provide a new way of working by bringing programmatic solutions, media, insights, and creative all under one roof. Big Village is headquartered in New York and has 12 offices across North America, Europe, and Australia. Find out more at big-village.com