The Battle: Ad Frequency vs. the Viewer

Have you ever watched a TV show and seen the same ad appear over and over again? Did you eventually memorize the jingle from that carpet cleaning commercial during a binge session? 90% of consumers report having seen an advertisement/commercial so many times that it became annoying to them. ENGINE decided to take a look to see what consumers do when that annoying ad pops up all the time, as well as what consumers think is an appropriate ad length.

Take a look below to find out more!

Older generations are more likely to be annoyed by repetitive commercials.

“I believe some commercials are necessary, but too long and too many is overwhelming.” – Gen X 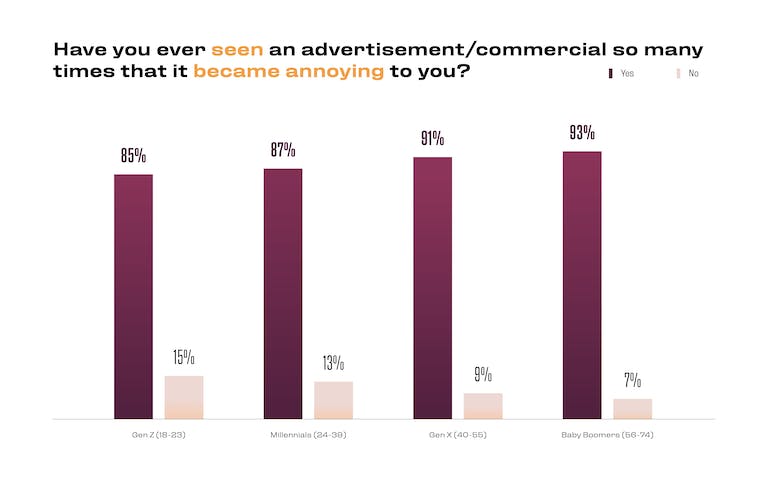 Most consumers just change the channel or mute the TV when that annoying ad comes on. 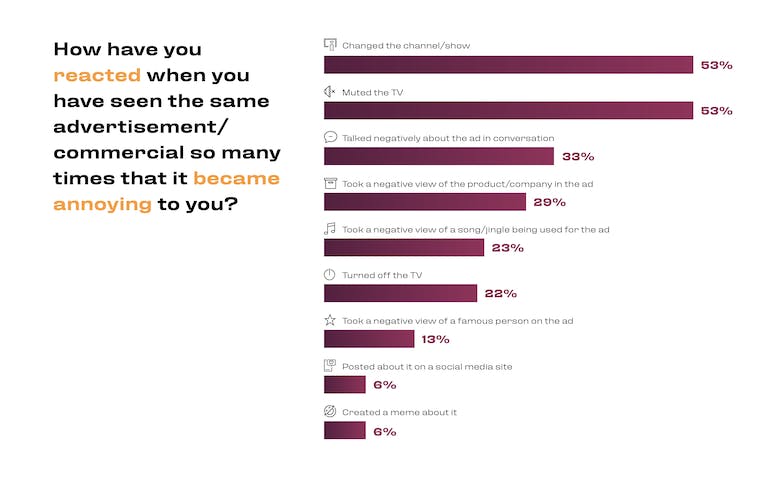 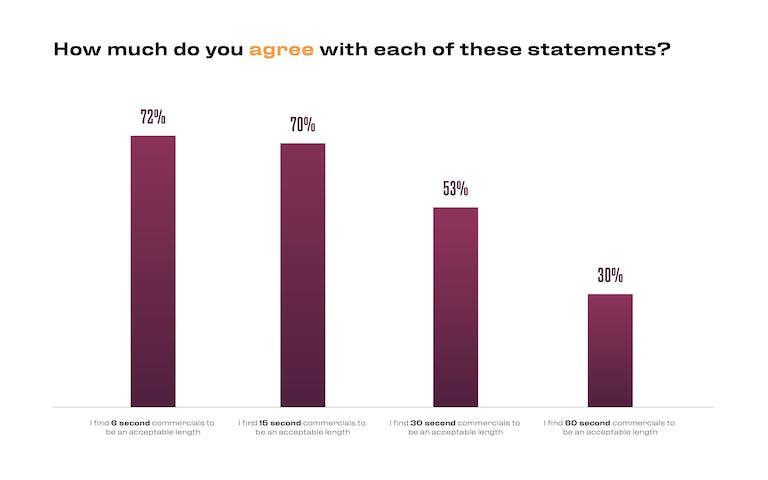 “I realize that commercials pay for the programs I like to watch so I don’t mind them as long as they don’t take up too much time.” – Boomer 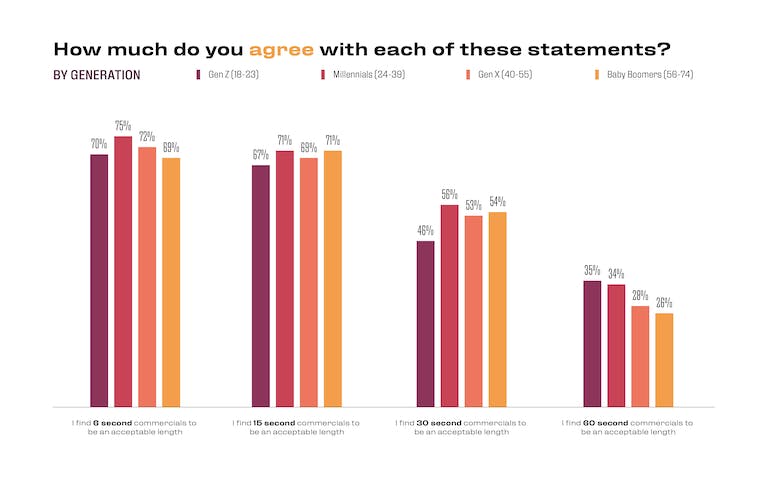 This Online CARAVAN® omnibus survey was conducted on August 2-4, 2021. Approximately 1,000 adults selected from opt-in panels were surveyed. The results are also weighted to U.S. Census data to be demographically representative. Written by the CARAVAN team at ENGINE Insights. Learn more about our Online CARAVAN® omnibus surveys here. Contact us at caravaninfo@enginegroup.com for more information.